The General Assembly of the Hungarian Economic Association (HEA) held its 125th anniversary celebration. During the event the highest honour of the HEA, the Lifetime Achievement Award in Economics was received by Miklós Pulai, former Secretary General of the Hungarian Banking Association. The preparations for this year’s Itinerant Conference of Economists were also discussed; the largest annual conference of the economics profession will take place on 5-7 September 2019 in Nyíregyháza.

The delegates of the HEA’s sections and county organizations also approved the 2018 annual report and public benefit report. Assessing the previous year, Éva Hegedüs, Secretary General of the HEA, Chairperson and CEO of GRÁNIT Bank Zrt. said that 2018 was a robust year in the history of the Association. In addition to the 80-100 county and section events held traditionally every year, numerous conferences took place that the 125 year old HEA could be proud of. The Itinerant Conference of Economists in Debrecen attracted almost 900 participants and 160 speakers. The prestigious international event organized by the HEA addressed issues such as the renewal of economics, while enhancing cooperation with the economic associations of the V4 and the Hungarian communities outside the borders. 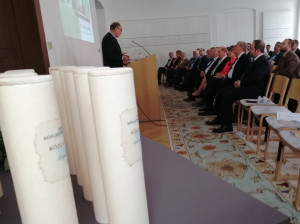 Sustainability and the economic, national economic and social challenges resulting from the climate change will be in the focus of the 57th Itinerant Conference of Economists, expected to be attended by 800-900 professionals from the Carpathian Basin and the V4 countries this year as well, said Gyula Pleschinger outlining this year’s plans of the Hungarian Economic Association. The President of the HEA and member of the Monetary Council announced the plenary speakers of the conference taking place at the University of Nyíregyháza between 5-7 September 2019, including János Áder, President of the Republic of Hungary, György Matolcsy, Governor of the MNB, Mihály Varga, Minister of Finance, Andrea Bártfai-Mager, Minister without Portfolio for National Asset Management, and László Domokos, President of the State Audit Office, in addition to numerous other renowned speakers of national and international business.

Tamás Halm, Editor-in-Chief of the Hungarian Economic Review, Board Member and former Secretary General of the HEA recalled the history of the 125 year old Hungarian Economic Association established on 27 May 1894, currently including over 3,000 members, 23 sections and 15 county organizations which was founded, among others, by the prime ministers of the ‘happy times of peace’ still remembered today. Kálmán Széll, István Tisza and Sándor Wekerle found it equally important to participate in the work of the economic association. The founders of the HEA also included Ignác Acsády, Miksa Falk, Ernő Hollán and Sándor Lipthay who lent their name to streets in Budapest, in addition to other prominent figures of the era, such as scientist and bank director Gyula Kautz, statistician József Kőrösi, and the first governor of the National Bank of Hungary, Sándor Popovics.

As Tamás Halm recalled, the Hungarian Economic Association has always been characterized by a practical approach to economics, rather than focusing on theoretical issues and research outcomes. In the early 1900s the HEA organized a series of presentations on emigration, and then later on war-related economic issues, inflation, land policy, financial situation in the capital city, etc. According to contemporary press reports these events were attended by active and former ministers (and prime ministers), secretaries of state, professors and business leaders, among others. The events and discussions of the association provided important workshops on the 1920 land reform initiated by agriculture minister István Nagyatádi Szabó, or the economic reforms in the middle and late ‘60s. 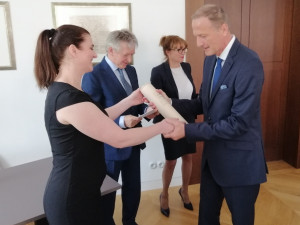 Finally, the annual General Assembly of the HEA ended with the presentation of awards by President Gyula Pleschinger and Secretary General Éva Hegedüs on the occasion of the 125th anniversary celebration. According to the decision of the Board, the highest honour of the HEA, the Lifetime Achievement Award in Economics was received by Miklós Pulai, former secretary general of the Hungarian Banking Association. The Kautz Gyula Prize named after a former president of the HEA was received by Ferenc Munkácsy, editor-in-chief of the Labour Review, former president of the Labour Section of HEA, and Zoltán Szegedi, professor of Széchenyi István University, founder and co-president of the Logistics Section of HEA. The Láng Lajos Prize named after the first president of the HEA was awarded to János Kámán, managing director of the Zalaegerszeg-based Pylon-94 Kft., Board member of the Zala County Organization of the HEA. 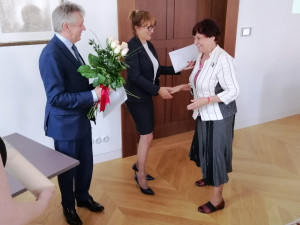 Related documents:
Presentation delivered by Tamás Halm on the history of the HEA (pdf)